Join us at the exclusive Monte Jade Annual Asian New Year Celebration on February 16, 2019. Our annual celebration begins at 4:30 p.m. Dinner will begin at 6:00 p.m. It is an opportunity to network with current and future entrepreneurs; students, researchers, scientists, scholars and business people. Our members include C-level executives, managers, and directors leading, operating, and developing some of the most successful science and technology firms. 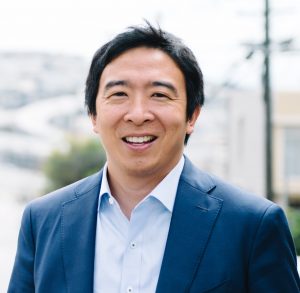 Andrew Yang is an entrepreneur, author, and 2020 Democratic U.S. Presidential Candidate. He has worked in startups and early-stage growth companies as a founder or executive for almost twenty years. In 2011 he founded Venture for America, a national entrepreneurship fellowship that has helped create almost 3,000 jobs in Detroit, Cleveland, Pittsburgh, Baltimore and other cities throughout the country. He has written two books, the most recent titled The War on Normal People, in which he explains the mounting crisis of labor automation and makes the case for a Universal Basic Income of $1,000 a month for every American, among other policies to progress to the next stage of capitalism. Andrew was named a Presidential Ambassador of Entrepreneurship by the White House under the Obama administration and a Champion of Change for his work with Venture for America. He was born in Schenectady, New York to immigrant parents from Taiwan.  He lives in New York City with his wife and two sons. 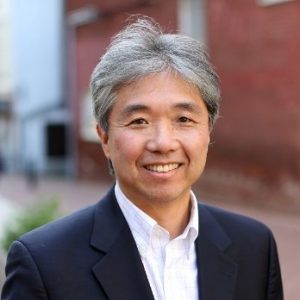 Jim Cheng is an angel investor, entrepreneur, and of counsel at a top Intellectual property law firm.  He formerly served as Secretary of Commerce and Trade under Virginia Governor Bob McDonnell, overseeing Economic Development, Job Creation, Tourism, Film, Industry Regulation and Safety, Housing, and other commerce related areas.  He teaches entrepreneurship at the UVA School of Engineering and serves on several corporate and non-profit boards, including the TomTomFestival (Charlottesville), Sorensen Institute, UVA Health Foundation, PFP Cyber, and ImpactMakers.  Jim has also been President of Totus Lighting Solutions, a "green energy" LED streetlight and indoor lighting startup with international presence, and an owner of CHM, an IT services firm specializing in government contracting.  Jim was born in Taipei, Taiwan and emigrated to the United States with his parents. He attended Old Dominion University, the University of Virginia Darden School of Business, and Georgetown University Law Center.

MJDC does not endorse political candidates.

The event will also include entertainment and dinner.